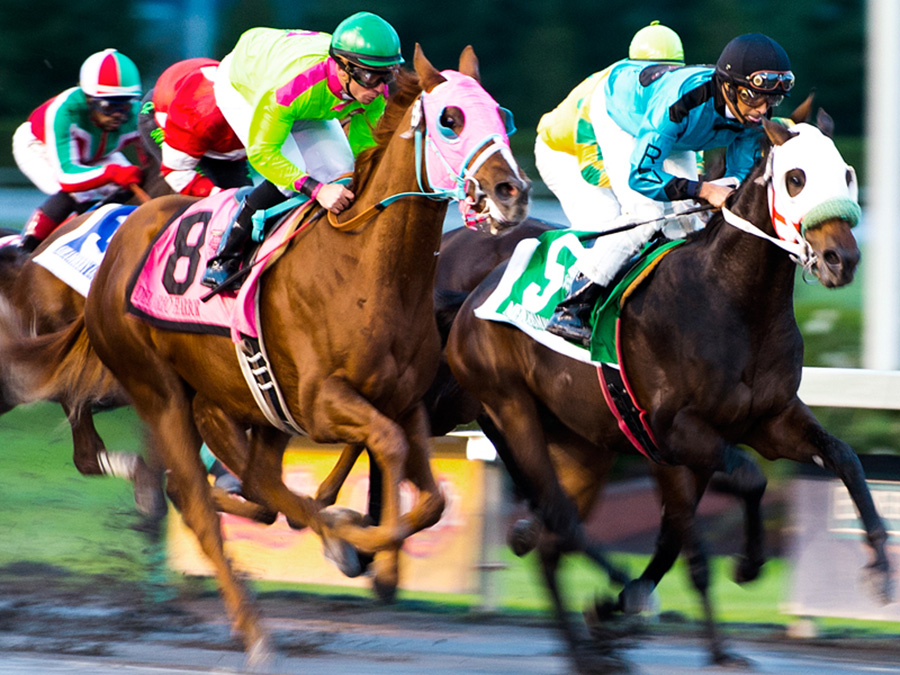 The United States’ Kentucky Derby is a racing event for three-year-old Thoroughbred horses known for its grand parties, celebrity turnout, mint juleps, fashion extravaganza, and of course, the races. Held on Saturday in the first week of May each year at the famous Churchill Downs race course in Louisville, Kentucky, it is an internationally awaited event, not only for the exciting galas leading up to the race, but because it is the first of the US Triple Crown races.

The winner of the Kentucky Derby, having beaten out all other contenders on the 1¼-mile dirt track, is cheered on to the next contest in the Triple Crown races, Baltimore’s Preakness Stakes. If a horse is amazing enough to also win the Preakness, it moves on to Belmont Stakes followed by a fever-pitch of the masses hoping for another win and the emergence of another Triple Crown Winner.

The Kentucky Derby is known by two nomenclatures: "The Most Exciting Two Minutes in Sports" referring to the race’s approximate duration and "The Run for the Roses" due to a lush blanket of more than 500 red roses that will adorn the winning Thoroughbred.

Since the time of its settlement, Kentucky has been known for producing first-class racehorses. But it may come as a surprise to some horse-racing fans that the Kentucky Derby has its roots in the heritage of William Clark – the Clark of Lewis and Clark fame. Clark’s grandson, Colonel Meriwether Lewis Clark, Jr., went to Europe in 1872 and visited two of the greatest race tracks of the day, England’s Epsom Derby and France’s Grand Prix de Paris.

So impressed with all that he’d seen, Clark returned to Kentucky and set about organizing a jockey club in Louisville. The club’s mission was to raise money for the building of a superior racing facility on the city’s outskirts. John and Henry Churchill, Clark’s relatives, provided acreage for the track. In honor of the two men, the track soon became known as Churchill Downs.

With much pomp and circumstance, on May 17 of 1875, fifteen 3-year-old thoroughbreds ran the first Kentucky Derby at Churchill Downs with approximately 10,000 racing fans looking on. Winning the inaugural Kentucky Derby was the colt Aristides with jockey Oliver Lewis.

Due to the anticipation and excitement surrounding this spring event, the attendance at the Kentucky Derby ranks first in North America and usually surpasses the attendance of all other Triple Crown races. This is of course due to the race itself, but several spectacular traditions play a part in its overwhelming attraction.

Sipping the traditional Derby Mint Juleps, wearing “Derby Hats” in every variety from straw hats adorned with colorful scarves, beads, or feathers to camouflage hats trimmed in red roses, outbursts of spring fashion ranging from the haute couture to plaids shorts, the Derby itself, even the two weeks leading up to the Derby, is a riotously exciting event.

Many rich and famous or well-connected VIPs attend the event. In fact, “Millionaire's Row" is in reference to the expensive box seats that accommodate them. And, in light of the race’s popularity with celebrities, in 2007 Churchill Downs added a Red Carpet entrance, likened to that of the Emmy Awards. Red Carpet arrivals are televised, giving fans from around the world a glimpse of the glamorous Derby attendees.

The tradition of the rose blanket was originated by E. Berry Wall, a New York socialite, who gave roses to all the ladies at a post-Derby party in 1883. This gesture is believed to have led to the idea of making the rose the Derby’s official flower. However, it was not until 1932 that the famous rose blanket was introduced.

The rose blanket is made up of over 500 roses sewn into a green satin. Individual garlands are then adorned with a "crowning" rose, symbolizing the heart and struggle needed to reach the Kentucky Derby’s Winner’s Circle. Derby fans can watch the rose garland construction on Derby eve at a local Kroger store.

The sitting Kentucky Governor awards the roses and the trophy to the Derby winner. He or she, along with other dignitaries, also presents the winning jockey with an elaborate bouquet of 60 long-stemmed roses, streaming with 10 yards of ribbon.

For several years, Derby winner owners received a silk replica of the rose garland, but today the actual garland is sent to Danville, Kentucky, where it is freeze-dried.

A silver-dipped flower from the garland of 1982 Derby winner Gato del Sol, is on display in the Kentucky Derby Museum.

Pop vocal artist, Dan Fogelberg, wrote the song "Run for the Roses", released just in time for the 1982 Derby.

In 1889, bank and train robber Frank James, brother of the famous outlaw Jesse James came to Louisville to watch Spokane take the victory.

In 2007, Queen Elizabeth II and Prince Philip attended the 133rd Kentucky Derby and watched Street Sense win. Her Majesty wore an ensemble of lime green with a matching silk dress and wool coat. Her hat was also lime green, trimmed with fuchsia.

The fastest time run in the Derby occurred in 1973 when Secretariat shattered Northern Dancer’s 1964 record with a time of 1:59 2/5. Secretariat still holds that record. Another highlight of the race was that Secretariat’s times grew faster with each successive quarter; an anomaly in Triple Crown racing.

In 1968 Dancer's Image became the only horse to have won the race and then be disqualified. Traces of the anti-inflammatory and analgesic drug, phenylbutazone, were found in the horse’s urinalysis; Forward Pass was awarded the win after a long legal battle initiated by owners of Dancer’s Image. Incidentally, regulations were later changed, permitting horses to run while on the drug.

Hundreds of silks are hung on pegs in Churchill Downs’ jockey room, sorted in the order of each jockey's races for that day.

The Twin Spires were designed by young draftsman, Joseph Dominic Baldez, in 1895. When asked to draw blueprints for the new grandstand at Churchill Downs, he felt the structure needed something extra to give it a distinctive and striking appearance. Throughout the world, the Twin Spires are a recognized landmark of Churchill Downs.

The Kentucky Derby song is "My Old Kentucky Home". 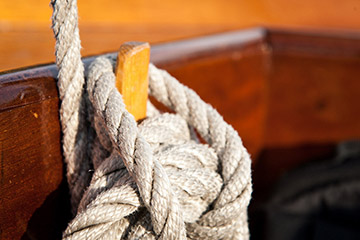